Venus Williams Has a Whole Other Career as an Interior Designer

Tennis champion Venus Williams has a lengthy list of athletic achievements and history-making feats. She and her younger sister Serena Williams are two of the world’s most gifted players, and they both are enterprising business owners. Like other celebrities, they are spinning more than one plate.

Not all of Venus Williams’ endeavors are connected to sports, as she is the head of her own interior design firm.

Williams opened the doors to V Starr Interiors in 2002 in West Palm Beach, Florida. Since then, she and her team have provided design services for residential and commercial properties.

While she can claim her sister as part of her clientele, her first project was for NBA player Carlos Boozer. V Starr has also tackled homes and condos in New York, Chicago, and other major cities.

At Home in the Kitchen with Bunny Williams

Our second installment of At Home in the Kitchen takes us to the chic Manhattan home of interior design icon Bunny Williams and husband, legendary antiquarian and shopkeeper John Rosselli! A move to a slightly bigger and brighter apartment on a higher floor in their classic 1920’s upper east side building, precipitated a thoughtful renovation. Join me and Susanna Salk for a visit with Bunny as she walks us through her chic new city kitchen!

Taking into consideration their Manhattan lifestyle, Bunny designed a fresh space with a decided city glamour and yet brimming with practicality. Extra deep cabinetry and hidden appliances make it the perfect space for drinks. And since they use the kitchen primarily after work hours, Bunny worked with Donald Kaufman to develop the deep custom green color for the cabinetry that adds an extra allure for evening entertaining. 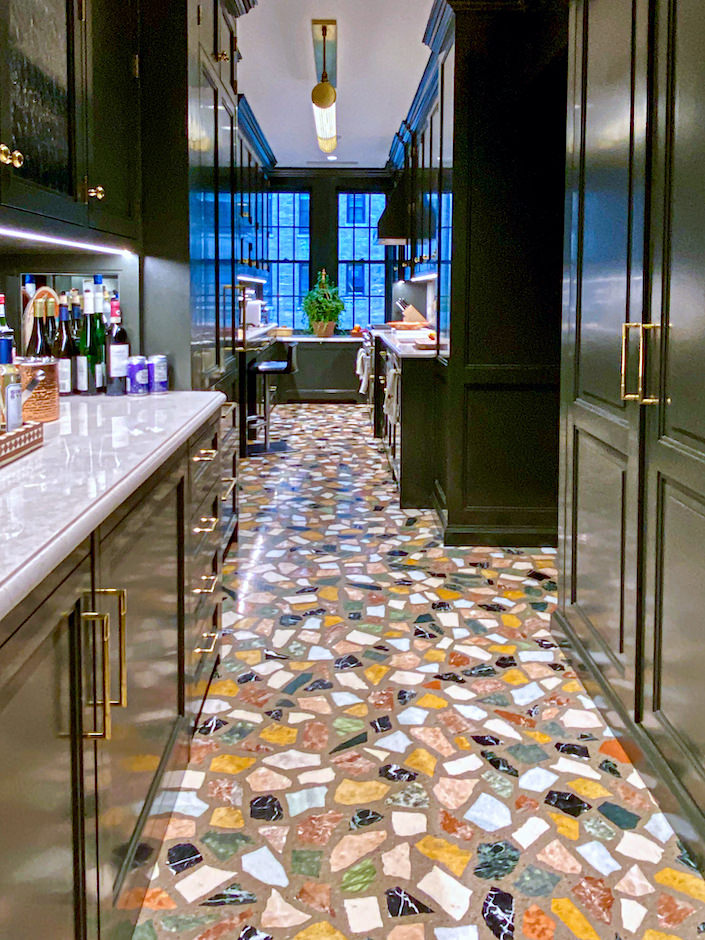 The star of the space is the custom

After launching a collection of kitchen items for “Harry Potter” fans last November, Williams-Sonoma has done it again — this time to celebrate the release of the Disney film “Frozen 2“!

The brand new “Frozen 2” collection includes baking pans, spatulas, kids’ aprons and more. If you love this Disney franchise, you’re going to want to check out some of the items you can buy now.

There is even an Olaf cookie jar that you can decorate your kitchen with and fill with fun treats! The cookie jar costs $63.96 right now (off a $79.95 regular price) and is made of durable glazed stoneware with hand-painted details.

If you’re not into baking yourself, you can even buy a pre-made frozen cake with edible sugar-paper